One of our efforts at ECLEA is to get our teaching books translated into the major languages of East Africa. The national language of Burundi is Kirundi. I am happy to say that, under the leadership of Frederic Harerimana, ECLEA-Burundi's national coordinator, and our partners at Rema Ministries, ECLEA's teaching book on Biblical Marriage & Parenting recently was translated into Kirundi.

That book, along with ECLEA's other teaching books, has been posted to the "Courses" page on ECLEA's website (http://www.eclea.net/courses.html) and may be read and downloaded for free.
Posted by Jonathan and Nancy Menn at 6:45 AM No comments:

Biblical Eschatology: contributing to the discussion

My book, Biblical Eschatology, was recently cited and quoted from in a thread on forums.carm.org concerning "Biblical Prophecies and Geography." CARM stands for "Christian Apologetics and Research Ministry." On July 27 one contributor posted the following:

Here's an interpretation that I favor given the context of 'lightning' elsewhere in the NT.

According to Biblical Eschatology by Jonathan Menn, 'lightning' as used in both the OT and NT conveys the idea of divine judgment, retribution, and warfare. The Hebrew word brq refers to the theophanic (manifestation of God to people) presence of Yahweh.

Jonathan Menn in his book Biblical Eschatology goes on to say "Rev. 8:5; 11:19; 16:18 are particularly important in that the context there is judgment that accompanies the parousia. Lightning as judgment is also used when Jesus speaks of Satan's fall in Luke 10:18."

Menn continues, "Finally, lightning as judgment is indicated by the fact that lightning is associated with, if not identical to, "fire from heaven" which always indicates God's judgment: either his judgment on his enemies, or his presence among his people and acceptance of their sacrifices. Thus in the OT the eschatological judgment of the "day of the Lord" is described in terms of fire. Likewise, in the NT the judgment that accompanies the parousia is described in terms of fire."

I'm happy to see that, slowly by slowly, the book is getting exposure and is contributing to the ongoing discussion of biblical eschatology.
Posted by Jonathan and Nancy Menn at 9:36 AM No comments: 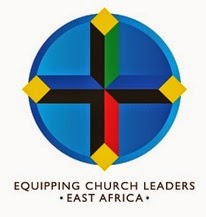 ECLEA's teaching book Expository Preaching has now been updated and translated into Kiswahili. Both the English and Kiswahili versions are posted on the "courses" page of the ECLEA website (http://www.eclea.net/courses.html). Enjoy!
Posted by Jonathan and Nancy Menn at 9:01 AM No comments:

When I receive reports of all-African conferences and TOTs from ECLEA's East African teachers, I post them on the "news" page of ECLEA's website (http://www.eclea.net/news.html). I just received an email from a participant who attended one such conference in Kenya. Here is what he said:


I have been in a seminar where Bishop Ernest & Bishop Justus have empowered us with Biblical Stewardship. We were blessed much. We were so grateful for the manual. We will study & teach others also.

Pastor Raphael Chitayi, Growth Church (Kitale)
ECLEA is making a difference. Thank all of you who support this important ministry with your prayers and finances.
Posted by Jonathan and Nancy Menn at 8:45 AM No comments: